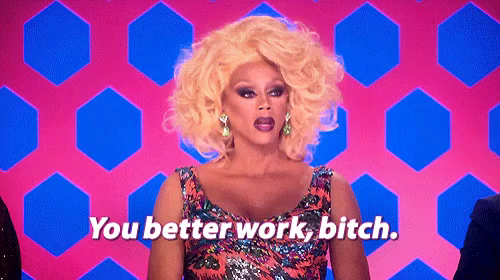 Here’s a little primer on how to deal with salaries for professional jobs. I’ve written this with academics and private industry professionals in mind, but it can apply to almost everyone who is applying to jobs where the salary scales aren’t published.

I know you want info from someone with legit knowledge and experience. So, here’s a bit of info about me, first:

I’m a university drop-out. I know, it’s not sexy. I dropped out seven times, because I was always pressured to go back. “You won’t get anywhere without a degree”, they said. I just couldn’t find that ONE thing I wanted to major in. And I questioned how practical it was to get a degree in something that wouldn’t necessarily prepare me properly for the kind of work I was interested in. So, I made the call and dropped out for good. Knowing I’d probably find want to find work in the tech industry, I set out to do two things: 1) earn some industry-related IT certs, and 2) study the “game”. I knew that I’d be facing barriers right away. Most jobs require a degree (today, a Master’s degree). I knew I’d have to convince them I was better than the other guy, even if he had all these formal credentials to his name. The best way to do that? Know thy self, and study. Study negotiation, contracts, motivation, management, HR literature, study how it all works, and the reasons why it works that way. Complaining about it wouldn’t do me any good. I needed a job and I knew I’d have to suck it up and be practical about it.

Fast forward to today, I work as a Software Manager in a remote capacity for an academic software company in the U.S. I have been working remotely for ten years, I’ve built IT depts from the ground up, I’ve hired and fired people, I’ve managed several businesses on the side, and I’ve had a successful artistic career as well. Other than that, I’ve also worked as a teacher to adults, teaching them high school credits to get them back in the working world, and I’ve given lectures and talks to grad students, as well as the general public.

There are ways to find out what the salary is, even if it’s not published. Do your research online. Look at sites like GlassDoor (you can also read reviews from people who work at the company or org that you’re applying to!). Look for similar titles on Indeed – some places DO list salary scales and you should be able to find a comparable salary through online job boards. You should already know this information before even looking for work! You should have a number in mind for yourself before you even send out your first resume, so make this research your first priority.

Once you’ve done that, if you really want to know how much they pay, ask them! There is a slight risk that if you ask them directly, they’ll be turned off by the idea that the salary matters to you more than the job itself (hey, I didn’t make those rules, it’s just how it is).

Pro tip: You should absolutely know what you’re worth, in numbers. BUT, you should also know what value you bring to them because at some point, you’ll have to communicate that to them. So, make a list, memorize it, know your value. You’re more than just a degree and you likely have transferable skills and experience that you haven’t even thought of.

2) Some jobs are worth the risk, and the lower pay.

Keep this in mind. If you don’t even consider a position because it doesn’t publish a salary scale, you could potentially be losing out on that one job that could boost your career tremendously, especially as an academic or researcher. I’ve had one rule all along that has helped me with this decision: “does this organization offer me something that money can’t buy?”.

Sometimes, being poor for a year is worth it. For jobs that don’t pay well, but offer something else in return, it might be worth the discomfort, especially if you’re disciplined enough to work there temporarily, for a year or two so you can get the experience or knowledge you wouldn’t be able to get elsewhere. Obviously, you can’t be poor forever, and chances are, they know that too. It’s a risk they know they’re taking but they also probably need someone right now. They don’t expect you to work there for ten years at 35K. In the short-term, yeah, it’s gonna suck. You might need to drive Uber on the side, you might need a second job, you might need a roommate. Don’t assume that they’re trying to lowball you. Some organizations just don’t have the funding. Some start-ups can’t afford you, they have limited funds. But they might be the best places to work at, and they might have a bunch of perks that will make you happy. And in those cases, you can still decide to work for them without letting it affect your perception of your own self-worth.

Some places ARE trying to lowball you. It’s far more common in private industry, especially if there’s an HR department involved. If there aren’t any other perks, if everything is standard (vacation pay is 2 weeks, benefits after a probationary period, etc), if it’s clear they haven’t even made an effort to be attractive to you, and if you learn the salary is low, there’s a good chance they’re lowballing you. It’s called a ‘job market’ for a reason, and if they’re not making an effort, why should you? There are better places to work at. Lastly, scan the social media accounts for the organization – including its executive team. (Trust me, they’re scanning yours) See if they’re actually a good place to work at. Is the salary super low but the executives are bragging about their yachts? Yeah, we all know what that means.

4) “What are your salary expectations?”

That DREADED question, right? It’s strategic, on their part. It always has been, it’s been used in private industry for decades. The expectation is that the uninformed candidate will just blurt out a number and the interviewer or hiring manager can decide right then and there if they want to call you in for an interview, or weed you out during the interview process. They might even be able to pay you less than they’d budgeted for in the first place! I’ve known women who were paid 20K less than their male counterparts because they didn’t answer this question properly. Here’s a little industry trick: don’t be the first to give a number.

As a hiring manager, I already know exactly how much I can pay you. (And no, I don’t personally use this tactic, but I know others who do). So, let’s say you think you’re worth 80K. The question comes up on an application form. Do you write 80K? NO. You write something along the lines of “market rate” or “competitive rate” and leave it at that.

If you get called in for an interview, that question WILL come up again. And again, you can say that you’re looking for a competitive rate. Then, follow up with the question, “what are you offering for this position”?  Let them tell you the number. There’s a good chance they’ll give you a salary scale at this point, but it can also quickly turn into a cat and mouse game. If this is an existing position, you can also ask them what the person in that role was getting paid. They might not give out that info and might reply with a follow-up question for you. There might come a point where you have to be the first to say it – but you should do so using a scale. Don’t say 80K. Say 85K-95K. And back that up.

Because you didn’t go to the interview empty-handed, right? You’ve got a folder with print-outs of similar job postings with their published salaries at similar organizations, locally. You’ve also got print-outs with market research data with expected salary scales for that position. You’ve got data to prove that your expectations aren’t too wild for your qualifications and experience. And you ask for 85K because there’s a good chance they’ll talk you down to 80K. And then, you’ve got the salary you’ve asked for.

So? Negotiations aren’t done yet. Let’s say they can only offer you 65K. You’re not done. What other perks are on the table? Just ‘cause their job posting said “2 weeks vacation” doesn’t mean you can’t get 4! Common negotiable items include: vacation time, sick time, flex time, and probationary periods (for example, you can negotiate that your benefits start on day one, instead of waiting for your probationary period to be done). You might be able to negotiate some work from home time. I’ve been able to get other perks in the past, like paid bus passes, paid courses, paid health benefits (if the company didn’t have group benefits in place), paid lunches and more. In the end, flex time, vacation time, childcare services, and health benefits go a LONG way. You might not have an 80K salary, but you might get over 80K in perks.

I KNOW. It isn’t fair. And to be blunt, we could end the wage gap today by forcing companies and organizations to publish salary scales. But, that doesn’t seem to be on anyone’s radar and I doubt it’s ever going to happen. You can totally turn this into an activist project, and I think more power to you if that’s the direction you choose to go in. You can also work in management, where you have real power to make changes. I have. In fact, I now list “high school diploma” as the minimum educational requirement for my department. Experience is still king, in my opinion, in technology. If you’re an academic, it matters more. But, you might manage academic support staff and you’ll probably want to revise their minimum requirements to make sure you’re not turning away applicants that don’t happen to have a Master’s in Administration for an admin job. I’m exaggerating, but I hope you get my point. Publish salary scales whenever you can. It makes everyone’s life easier. And it makes the industry more fair to everyone.

Until you can do that, arm yourself with knowledge. Refrain from complaining about it online. We do scan social media. We want people with initiative to work for us. We want you to do something about the things that piss you off. We want to know that you can address issues the right way. Inform yourself about how the industry works, even if it sucks. Get yourself into a position where you can make a difference, be a good mentor and contribute positive changes to the world of work.  Just ‘cause you have to learn how to play the game, doesn’t mean you’ll have to play it forever.