Don’t wait for an invitation. 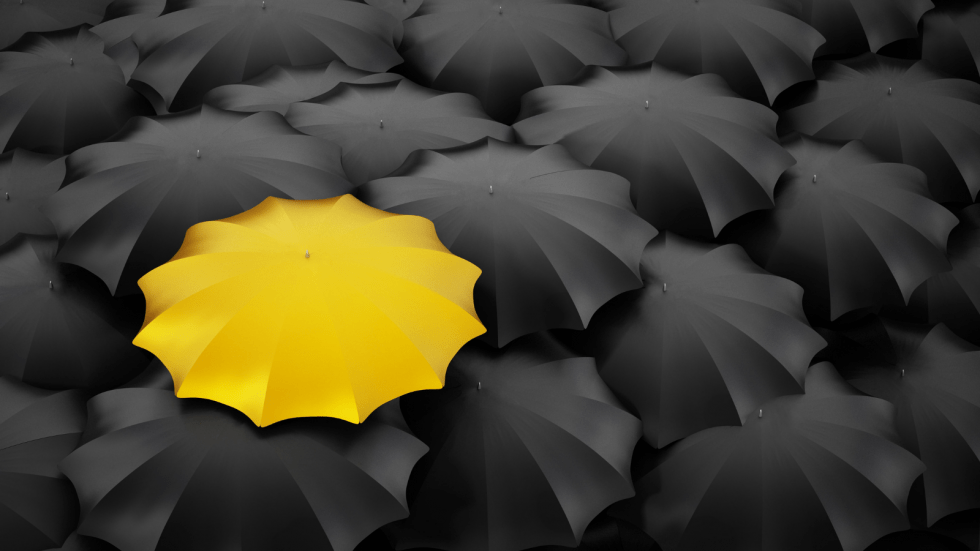 A scientist once asked me why I had created a Twitch account to stream the microscopic world. I told him that it didn’t exist when I went out looking for it, so I decided to just create my own stream. He surprised me by saying that he’d never have created something just because it didn’t exist. That made me realize that there’s a whole slew of people that don’t run with their ideas. Here are the reasons why you should totally take the bull by the horns!

The invitation may never come.

A lot of people go through life waiting for permission to do something. And that’s fine, because in some cases, it’s a very cultural (read: Canadian!) thing to do. The problem is, if we always wait for an invitation to do things, we may never be able to do them.

The people we admire in life, whether they’re pro athletes, public speakers, or celebrated actors, didn’t wait for someone to recruit them. They trained for it, they actively sought it out, and some of them even moved to larger centres where they knew they’d find the right coaches, mentors, or agencies to represent them.

It reminds me a bit of when I was in high school. I’d seen so many movies where sports recruiters would go into high schools and recruit the best athletes for sponsorships. It’s such an American concept. But, I wanted that so badly that I played every game in high school, thinking there was a recruiter in the stands.

Of course, that never happened, and not because I wasn’t a top athlete. It didn’t happen because recruiters don’t come to small schools in rural Canada. I had deceived myself into believing it might be possible, just because I’d seen it on TV.

Have a firm grip on reality.

And, you know what’s fascinating? Most ideas don’t require permission to bring them to life. The reality is that you can actually do your own thing, and you can do a lot of things cheaply! Sure, you might disrupt an entire industry, but perhaps it’ll be better for it.

Anything that doesn’t have a well defined barrier to entry is up for grabs in terms of creating something new. Take media, for example. You can start your own newspaper. You can create your own podcast. You can call yourself an intellectual and create your own YouTube show to comment on current events.

It’s the same thing with a lot of other industries. I call myself a ‘science communicator’ now, but I don’t have a Science background. It’s ok, you don’t need one! The truth is, you can place yourself into a new community, and with time, if you can demonstrate your skills clearly to them, you’ll eventually be recognized as ‘one of them’.

Another problem with waiting for an invitation is that people only invite people they know about. If you’re out there waiting for some book publisher to call you, or waiting to be invited to be booked for a concert, those calls will never come because nobody knows you actually exist.

By putting yourself out there, by reaching out to key people in your field, you’re creating connections that let other people know that a) you exist, and b) you’d like to be a part of their network.

This is especially a problem when you’re looking at people with rare talents, or great abilities, because they’re often lost in crowds. There are a lot of incredibly talented artists that keep themselves ‘smaller’ in order to fit in with their friends. The same can be said about business professionals who have good ideas. A lot of them water down their own creativity in order to fit in with their network. If you want people to notice you, at some point, you have to be willing to break with your pack.

It takes guts, and practice!

What matters is doing. For most people, their first baby step might be changing their bio on their website. It might be buying a new domain name. It could be any step forward that doesn’t feel too much like they’re dying. And then, you take another step, and another. The hardest part is the first step, and the rest follows.

Why? Because you get used to it. Exposure makes things less scary. It’s like crossing little mini-barriers along the way, and eventually, you look back at all the progress you’ve made and you realize that any future barriers are totally within your reach.

What’s the worst that could happen?

Let’s say your dream goal is to be a public speaker at technology events. You love talking about it, you’re great at public speaking, you have a hefty resume in the tech world. Should you wait for conferences to invite you? Heck no!

You should start cold calling them. Connect with the organizers. Get to know them, and let them get to know you. Start a podcast or a vlog. Start appearing on other people’s shows. You start, because the worst thing that can happen isn’t as bad as NOT doing it at all.

Really, what’s the worst thing that could happen? You don’t get a call back? You get perceived as being too ambitious? You friends get jealous? You don’t get any of the opportunities that you want? The latter could happen. You could cold email every conference organizer in the US and not get one single reply. And that’s ok, it’s not time wasted. It just means something was off in your messaging, or you might have to try again after gaining more experience. Doing it anyway can help you determine what needs to be done to get what you want. Else, you’ll never know.

I suspect that the majority of people don’t chase after things because it requires a lot of extra, unpaid, hard work. I know people who, if they’re not paid for something, won’t do anything extra to get more opportunities. They sit and wait.

Again, that’s fine for some people. Professionally and personally, I don’t like waiting, for two reasons: 1) it puts too much control into the hands of other people, and 2) it’s time that could be spent getting better at something.

Thing is though, you have to be prepared to go into it with the mentality that you’ll have to work for it. Most of the time, you’ll be working your ass off. Sometimes, you’ll take one small step, and you’ll get lucky. People have gone viral online without even expecting it. Some things can catch you by surprise! But, most of the time, you’ll be working at night or on weekends, you’ll be spending evenings composing emails, and you’ll be online networking with people you’ve never met in person before.

It absolutely pays off.

Here’s the thing: all of the hard work you do to create your own opportunities will pay off, even if you don’t end up getting the results you wanted. Sometimes, no matter how bloody hard you work, no matter how strategic you were in your approach, it just doesn’t work out. Thing is though, it depends on how you define “working out”.

If you’ve managed to learn new habits, if you took chances, if you pushed yourself forward, you’re a winner. You’ve done more than the majority of your friends and colleagues. You’ve learned that the ‘worst that can happen’ is that you just sit and wait.

All of that hustling helps you develop new skills. You might suck at negotiating contracts, and you might have no idea how to charge for a new idea. You’ll work that all out. Trust me on this: nobody actually really knows what they’re doing when they’re first starting out. Heck, some people take years to get a good feel for any given situation.

So, give yourself a chance to be that thing that you want to be. Give yourself permission to start new projects. Don’t wait for people to invite you. We have such a finite amount of time on this planet. You might as well feel empowered to just go for it!