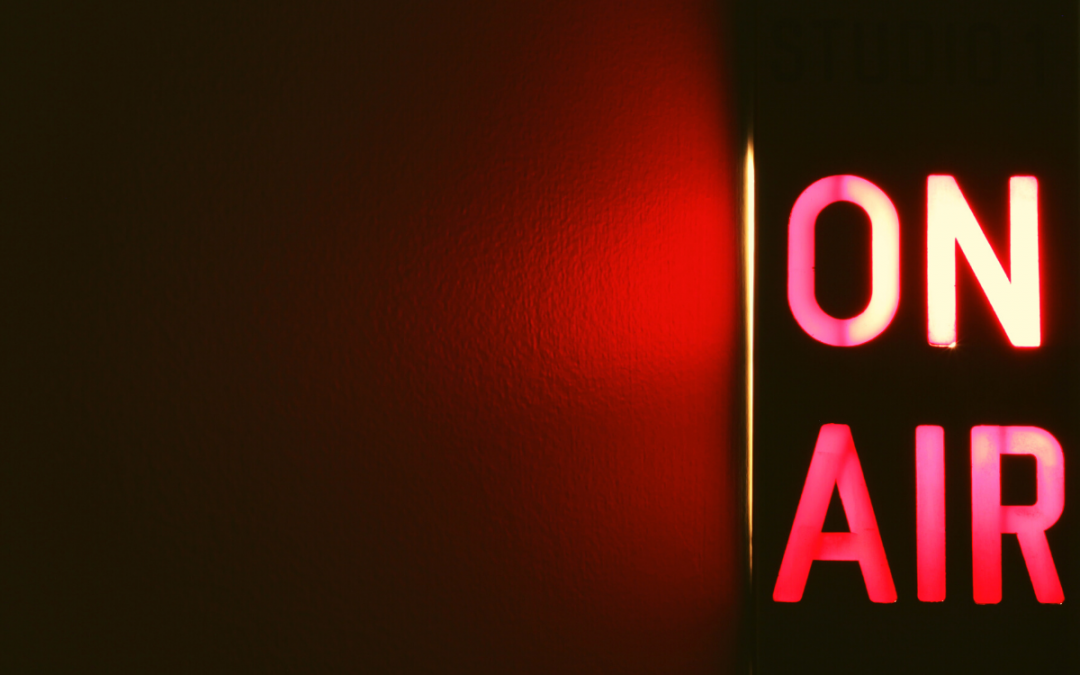 Am I a talk show host, an interviewer, a journalist?

When you discover that you’re really good at interviewing people, and you discover that you love doing it, it’s normal to want to do more of it, especially paid work! The problem is, what do you call someone who is specialized in interviewing people for new media? With more and more media available to us today, this becomes a problem because a person who is specialized in interviews now has a whole new array of shows available to them. Podcasts and livestreams are taking over traditional media, and now companies are hiring hosts and personalities for their own shows.

So, the problem remains. If you want to do interviews, are you a voice talent? Are you a talk show host? An interviewer, or a journalist? What do you type in Google? The word “podcast host” would make sense. However, a “podcast host” is actually also the name for the company that hosts podcast shows. In other words, a podcast host is a server-based service (much like a web hosting company). So imagine my frustration when I type the words “podcast host” into a Google search and find nothing relevant to what I’m looking for. If this were the old days, I’d just look for “talk radio host”. At least that was succinct and everyone knew what that meant. Now, there’s no agreed-upon term, and most of us use “podcast host” anyway – you know, the other “host”. It’s confusing, I know.

(And while a lot of people prefer to self-produce their own shows and grow them, I love the idea of just interviewing people and not having to do the rest. I already have my own show, but I’m wondering what else is out there. I have spare time. That’s why I’m looking.)

It seems like referrals are a good way to get work if you’re a modern-day podcast host or livestream personality. If you already host your own show, and if people really enjoy your interviews (including your guests), then it’s very possible that you’ll get referred to someone who’s looking for talent like yours.

The thing is, as hard as it is for a modern talk show host to find work, it’s even harder for an organization that’s looking for talent. A traditional voice actor might not have the right skills to conduct unscripted interviews. Best bet might be to look for a journalist. But, a news journalist might also not be the right fit to do long-form interviews. So, it’s tricky for us, and it’s tricky for people who are seeking to hire someone.

Upwork and Fiverr are pretty useless right now as their ‘voice talent’ categories seem to be geared towards voice actors, narrators, and announcers, but not towards journalism or talk show hosting. I have found many postings for podcast work, including hosting, on Indeed. Other than that, a company that’s looking to hire a talk show host could start by listening to podcasts, or asking people for referrals on social media. Chances are, someone knows someone who’s hosting their own podcast these days!

Interviewing is a beautiful specialty

There’s nothing more beautiful than interviewing someone. I know, I sound like the artist that I am, but I mean it. It takes careful consideration to peel away the layers of a person’s personality or to extract their knowledge. You have to keep your nerves intact if they’re a celebrity. You have to listen carefully. You have to know when to interrupt – some guests ramble on forever. If you’re interviewing an expert, like a scientist, then you have to find a way to get them to explain their expertise in plain English if your audience isn’t full of academics and nerds. Interviewing can be really hard!

Thing is, it’s just the art of asking questions. And like all forms of art, the best of interviews are driven by curiosity. You can tell when an interview is scripted and prepped. The questions might work when they’re laid out ahead of time, but discussions can diverge, guests can bring up something unexpected, they might even shy away from a topic that’s not ready to be discussed yet. And, if you stick to a script, you’re losing the whole vibe of the interview.

I knew that I was good at interviewing when people, especially strangers, gave me their entire life stories. I practiced, intentionally, on cab drivers and Uber drivers. I practiced with partners – some who later felt like they were being interrogated. Sorry – curiosity also needs to be contained, sometimes. That’s how you learn. You find balance by practicing.

Even now, I don’t feel like I’m an expert; I don’t know if I’ll ever be. But, I feel like I’ve attained a sufficient amount of skill in communicating to not feel like an imposter. I feel worthy of being paid for my work.

To unionize or not unionize

As it turns out, interview work falls into the same category as voice acting, voice-overs, and audio journalism. That news anchor on TV? They’re unionized. The radio host you’re listening to is unionized, too. The documentary narrator? Unionized. In Canada, there’s a union that handles all voice talent called ACTRA. The equivalent in the U.S. is SAG-AFTRA.

Should you unionize for podcast work? Beats me! I honestly don’t know if it’s worth it. Remember that with a union, you have to pay union dues. You also have to follow a strict set of rules that limit the kind of work you’re allowed to do as a ‘voice talent’. You also end up with amazing perks and benefits. I was recently contacted for podcast work, so I contacted the most trusted person I know in the industry. She suggested that I join the union, but this wasn’t a union project. The truth is, I’ve yet to hear of a union project for podcast work in Canada.

So, are there enough podcasting jobs available in Canada to warrant union representation? I don’t think so, not yet. I don’t think there’s enough podcasting work anywhere, other than in the United States. American companies are really catching up, and many big corps are creating their own podcasts. American non-profits, especially in Science and Tech, are also starting their own shows. “Science Communication” is HOT right now, and there’s a whole slew of people who call themselves “science communicators” – I happen to be one of them (though I don’t ONLY do science-based communication). There are many podcast jobs available in the U.S., but not so many here in Canada.

If I were to see an opening for a podcast host position with a major broadcaster, you bet I’d unionize. If a Canadian science org wanted me to host their livestreams, I’d unionize. Barring that, you go where the work is to get your start. Larry King was a UPS driver who really wanted to do radio. So, he moved to Miami because someone told him that there were non-unionized jobs there, and he could get his first start faster. So, it really depends on the opportunities available. If we were to compare this to acting, because unionized film and tv productions are really big here, I’d unionize as an actor. It’s the first thing I’d do. As a non-scripted voice talent though, my union options are too limited.

If there’s anything I’ve learned from every other project I’ve done, if you want to do something, you have to start talking about it. Seriously. How often have I seen someone post an update saying they were looking for work, but they didn’t even specify what kind of work they were looking for? If you want to interview people for a living, then a) start interviewing people and b) start telling people that that’s what you want to do more than anything else in your life. If you have a passion for something, SHARE IT. Because that’s how referrals happen.

I think the worst thing someone can do is to say they want to do something, but they just wait. Or they’ve done it a couple of times, and they just keep waiting for the next potential client to call. I have the type of personality that doesn’t do well with just waiting. I’m extremely patient. But, I’d rather get things done and keep growing while I wait. That means self-produced projects, trying new things, adding a second, third, or fourth project. It means learning things by doing, and doing them over and over and over again. I want to master stuff – not just do it for gig work.

I have all the time in the world right now. A lot of creative people have a lot of time right now due to the pandemic, too. This is a GREAT time to learn new skills, and to practice, practice, practice. It’s like boxing. You can do all these fancy combos, but you gotta keep practicing the jab. The most basic punch is the one you’ll use the most, anyway. So, keep jabbing. Film it, post it, share it with the world. Eventually, something will come up.

Want to hire me for your show? Let’s talk: fill out this form, or contact me directly at julielaurin AT gmail DOT com.