On becoming a professor… 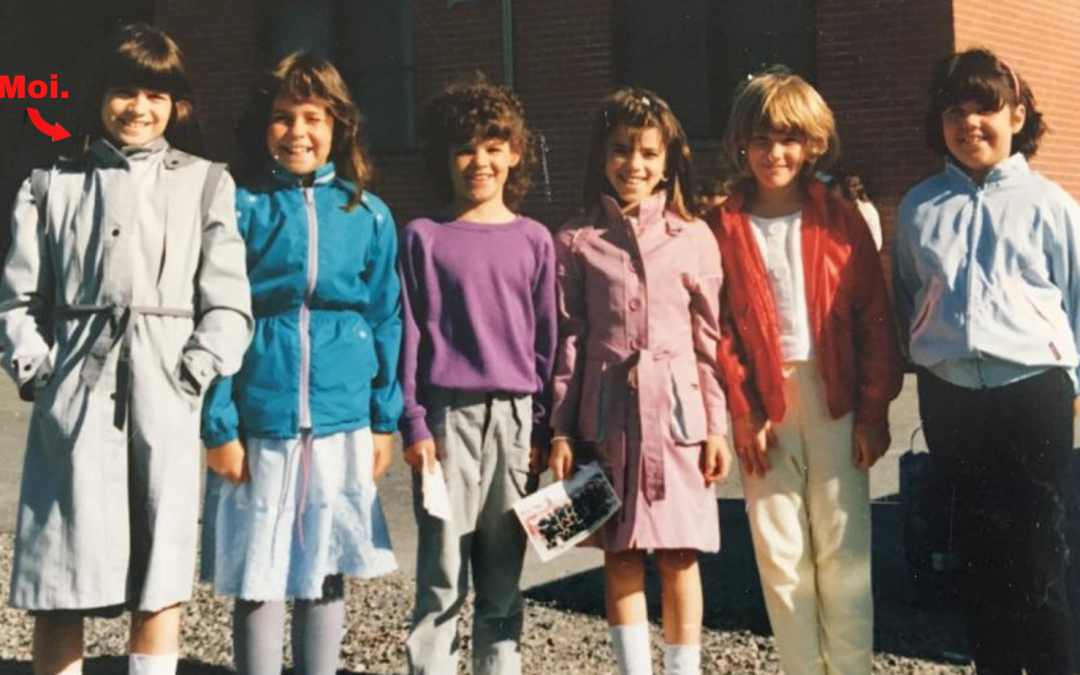 Recently, I signed a contract to work as an Associate Professor in Digital Culture, for one year. The contract is with a new French university (l’UFO) in Ontario, Canada. I thought I’d write a little something about the experience, because it’s a role I never thought would be available to me, as a university dropout.

Let’s start with the fact that I am “Franco-Ontarienne”. For those who aren’t familiar, that means that I was born and raised in Ontario, but within a French-speaking family, and within a French community. In Ontario, Franco-Ontarians are a minority. To outsiders, we’re often mistaken as Quebeckers. To Quebeckers, we don’t exist. Quebec is the ruling French province in Canada. The Quebecois preside over French culture, French education, and French cuisine. Franco-Ontarians, Acadians, and Franco-westerners are often an after-thought in the minds of most Canadians. In fact, most Canadians don’t understand why we have two official languages, outside of Quebec. So, trust me when I say it: we’ve had to fight to have our French culture recognized for decades on end.

Unlike Quebec, and outside of federal laws, we don’t use legislation to protect our culture. We do it through our communities, through our Churches, and through our schools. I wasn’t allowed to speak English in the home when I was a child. I learned most of my early English words through Sesame Street (and since Sesame Street was an American program, I also learned a bit of Spanish). The Franco-Ontarian experience is lost on most young adults who leave home after high school. They escape to larger cities, and they leave their mother tongue, and their Mom’s tourtiere recipe, behind.

I’m telling you all of this so that you know where I’m coming from. I’ve been a minority my whole life. First, as a lesbian. Secondly, as a Franco-Ontarian. And thirdly, as a university drop-out. When I was younger, I held on to these identities. I protected them. I yelled them in the streets, I wore their flags, and I created organizations around them. Now, everything’s a blur. Even the most well-meaning of communities will fuck you over, eventually. I’m not a person of communities anymore. I’m an independent with identity badges that I wear, but only as happenstance. The whole of my being isn’t defined by identity descriptors anymore.

I went to French schools my entire life. I attended two French post-secondary institutions, one of which screwed me over so hard, I rejected Franco-Ontarian culture for an entire decade after that experience. One of the main problems with minority communities trying to build new institutions is the lack of attention to quality. “Just be grateful you have this.” Nevermind the fact that nepotism and incompetence tend to run rampant in the Franco-Ontarian community. If there’s a buck to be made, there’s a Quebec consultant looking for a way in to shake up our culture. It’s not that outsiders aren’t welcome, and can’t provide a fresh perspective. It’s just that we’re tired of being told that our French isn’t French enough. Ma langue n’est pas pleine d’anglicismes. Ma langue, c’est un patois. It’s a language that has evolved through many generations of French-speaking peoples that left Quebec to settle the North. It’s agricultural, it’s practical, it’s in some ways, very blue collar. So, in the eyes of many puritans, my language is ‘dirty’. C’est un français “manqué”.

I wasn’t supposed to be a professor. This is just a bonus in my life, a fork in the road that I thought would be blocked for good. As a tech professional, I chose to work in English precisely because my options were more limited. English in the language of commerce, and trust me, I would never dissuade a Franco student from choosing to work in the English world after graduation. What I will do is give them the competencies to compete in whatever language they choose to work with, later on. It should never be ‘one or the other’. It should be universal – what you learn in French can be applied in English, and vice-versa. Schooling has a language, but Education doesn’t. And education continues long after graduation.

In the grand scheme of things, I’m a nobody. I’ve never published, I’ve no credentials. Personally and professionally, I’ve never cared about these things because they’re a poor measure of someone’s character. Knowledge can be memorized, and recited. Some might argue I’m hard to work with because I haven’t been properly indoctrinated. There’s some truth to that. But I also know a few rebels with PhDs. In the end, it comes down to whether or not we want more of the same. I find sameness boring, and exhausting.

If this professorship works out, then great. If it doesn’t work out, great. When you start to look at life with a stoic lens, it doesn’t really matter in the long run. I accept the challenge. And I look forward to it. As an 80’s kid coding in BASIC, chatting with strangers on Bulletin Board Systems, defeating the Pac Man games on my Atari, there’s no way I’d have imagined that one day, I’d be teaching digital culture to university students.

I hope they’re prepared for the memes.

There will be so many memes.