The online world feels so fake. 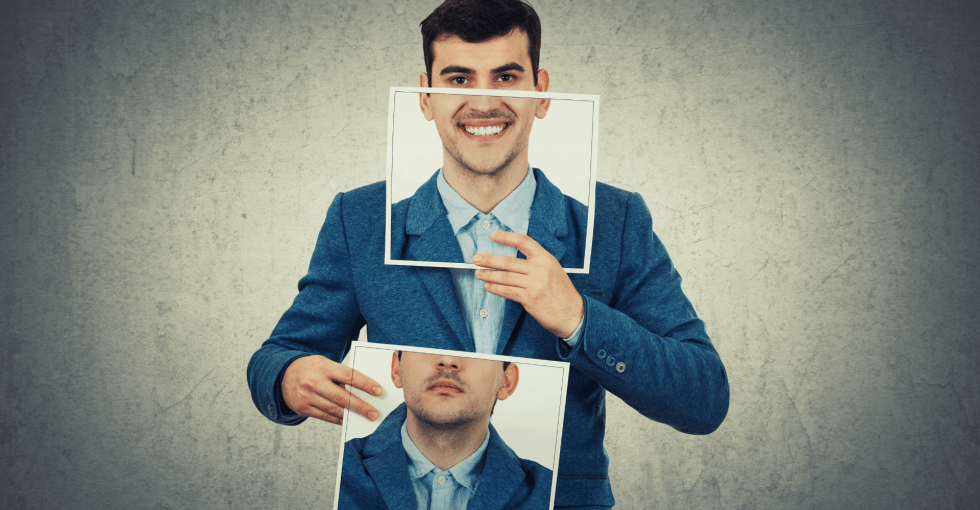 One of the challenges of working in the marketing world is the feeling that you’re part of a group of people that make the online world less interesting. Everything feels so fake now that every social network, and every search result is gamed and engineered by marketing professionals. It’s made me wonder about a lot of things…

I hate this feeling, because the Internet wasn’t always like this. There was a time when we literally had websites just for fun. We wrote for fun, we made music for fun, we made new friends for fun. Nowadays, it’s like every Facebook group, every Twitter account, and every Instagram profile is either trying to sell you something, or trying to convert you to their ideology.

It leaves such a bad taste in my mouth, because it sucks all the fun out of the online world. And worse, we’re lied to on a regular basis.

“I’m not trying to sell you something!”

If you ever see this, that’s a sure sign that someone is trying to sell you something. When they say this, and they couple it with a free e-book, that’s actually called a “lead magnet”. It’s meant to draw you into their newsletter, their groups, their spreadsheets, so they can sell to you later on.

There are all sorts of tricks that business people use these days to manipulate you into thinking that they’re your friend. I blame it on the push for marketers to be “authentic”. The problem with that has always been that by trying to be something you’re not, you’re essentially deceiving people.

It’s why I don’t offer a free e-book or free content in exchange for your personal information. All of my content is free. When everyone zigs, you zag. And in my case, I’m rejecting the marketing zigs. I’m so tired of them.

Can we get back to being real?

I crave this so much. I love it when a business owner comes up to me and says “hey, I sell this stuff, wanna know more?”, instead of taking my email and sending me a newsletter I’ll never read. I hate getting comments to some of my posts with a subtle sales pitch at the end. Don’t toy with me: just get to the point.

Let’s just get real with each other, shall we? Because the truth is, there’s absolutely nothing wrong with selling! In fact, as business owners, we need to sell in order to make a living. You can’t just put your business info out there and hope that someone contacts you. You have to take an active role in telling people about what you offer.

But, why not just be upfront about it?

The saturation of sneaky sales tactics.

I firmly believe that there’s an over-saturation of sales tactics that used to work in the past, but that probably don’t work as well anymore. I think that “sales funnels” only work for a select few. I have no data to back-up any of this, other than anecdotes from people I know who are really smart, but haven’t had any luck with all of the best practices they’ve applied.

It feels like there’s just so much out there today that new ways of reaching out to, and selling to customers need to be invented. (When I say “new ways”, I mean new avenues – the principles will always remain the same.) It’s just that in the online world, the major social channels are swamped with marketers and salespeople. It’s time to find new avenues.

It’s made me appreciate life outside the web.

The fact that the web has turned into a commercial and political haven has made me more eager to turn it all off at the end of the day. I rarely spend any time online at night, other than to lookup movies or video game hints.

There’s one exception: TikTok. I have been obsessing over the educational content on TikTok, lately. There’s something really special there, by people who aren’t necessarily selling anything (of course, many are, but of the ones I follow, most of them aren’t selling anything). I love the simple joys of seeing a farmer care for his sheep, and the fascinating life of a surgeon fixing hernias.

The web has become what television and newspapers became in the 2000’s: full of commercials and advertisements. So, I’m checking out.

There are ways we can change this.

I think that there are ways that we can change this. I’m not a fan of advertising, and to this date, I haven’t run ads, and I haven’t place ads on any of my sites. I don’t chastise anyone who does, because I understand that it’s the only way for many content writers to make a living these days.

But, if you’re selling services online, I think there’s a way to connect with people without manipulating them. I like to believe that some people (and, definitely my own audience) appreciates ‘straight talk’. People don’t mind being sold to if you can genuinely fix their problems.

For example, I hired a bike mechanic who, when talking about bike issues with someone else, approached me to tell me he could fix those issues for me. If you start telling people, in a direct and genuine way, that you can help them, there’s a good chance they’ll respect that.

You’re allowed to not want to participate.

As a marketing consultant, I tell people all the time: you’re totally allowed to just do your own thing. As long as you have solid sales/marketing principles behind what you do, it doesn’t really matter how you do it. If you don’t want to do what everyone else is doing, like email marketing or SEO, then don’t. Maybe you’re better at in-person networking (and “word of mouth” frequently gets downplayed in marketing circles).

You’re allowed to disconnect, pull the plug, and just connect with people ’cause you find them interesting. It’s ok to cold email people (respecting SPAM laws), it doesn’t make you a pushy salesperson. And it’s ok to throw out all of the marketing books and try out your own experiments. In the end, in my opinion, it’s the results that matter. If you manage to get more work or more customers your way, then forget the marketing gospel. You don’t need it.

Even the Testimonials are fake.

Out of curiosity the other day, I looked up the testimonials sections of a few life coaches who had run ads on Facebook. In one case, the testimonials really felt too good to be true. And sure enough, they were. The photos were traced back to stock image websites. Chances are, those testimonials were fake.

Many reviews are fake, and when it comes to service-based businesses, you’re better off depending on word of mouth, or your gut feeling. If you’re a service-based provider, you can ask your former clients for reviews, or you can choose to go without. Only about 1% of your clients will actually leave reviews, btw.

When you don’t do things the way everyone else does them, you’re either doing it wrong OR you’re doing it better. And, you won’t ever really know which one you are until later on. I keep saying this, but it’s the results that matter.

There are some principles that always hold true. To lose weight, it’s best to reduce your caloric intake. To save money, it’s best to reign in your spending. But, for everything else, you can carve out a different way of doing things. For me, I’m tired of the fakeness. I know all of the golden rules, but I think they can be done differently. I think people are more than just “leads”, and I don’t want to convert them. I want to help, and sometimes, you have to just say it that way. The truth doesn’t always need a disguise in order to resonate with people.