The reality of the working world 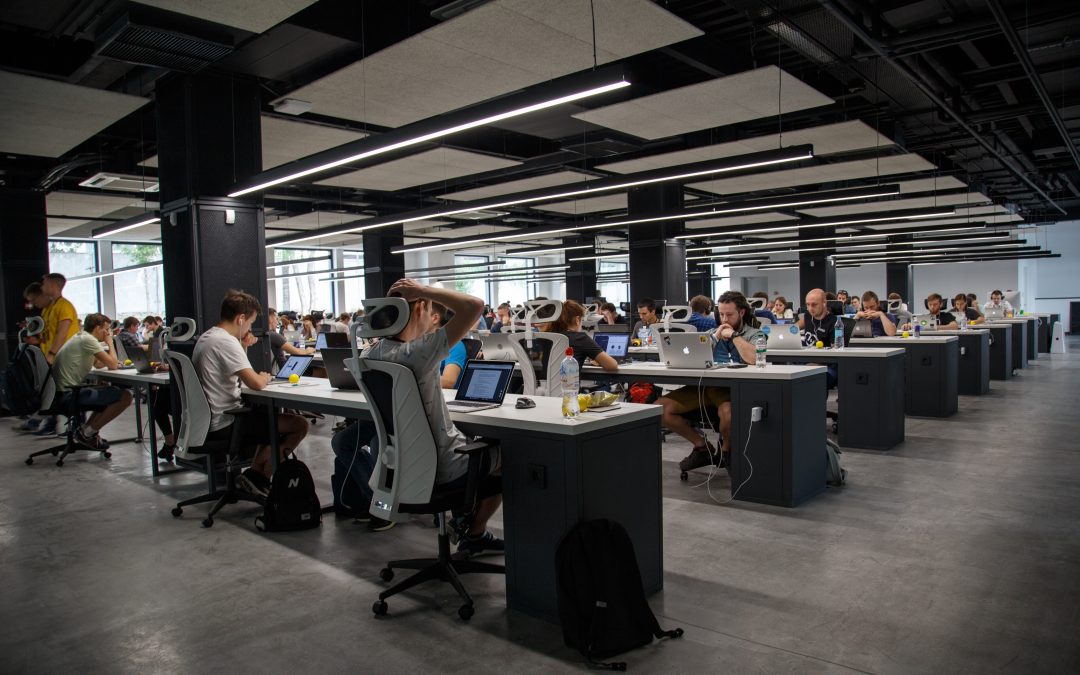 The reality of the working world is that no one wants to talk about the reality of the working world.  This is my conclusion after twenty or so years in the white collar (and sometimes tshirt and ripped jeans) world of IT work.  It doesn’t matter how hip your environment, it’s the same everywhere. The same gripes and concerns exist in small companies as they do in extra large ones.  I’ve seen teams of three whispering behind each other’s backs. It doesn’t take much, and company drama isn’t limited to big corporations. I’ve had employees whisper to me their actual reasons for leaving because they didn’t have the guts to tell HR during their exit interviews.  You know, in case they ever needed a reference later on. They’ve been well trained to be as dishonest as possible in order to preserve that excellent working relationship.

The world of work is a sick world indeed.  It is rife with pretend smiles and pretend get-alongs.  If you hold a negative attitude, it couldn’t possibly be because someone higher up has made your life a living hell.  No, it’s because you’re not a team player. Many companies are progressive enough these days to encourage people to speak up, to challenge their senior staff, and to propose new ideas.  Great ideas in theory, but extremely rare in practice. In fact, I’d wager that at some point this week, you’ve had to bite your tongue, right? You hold back. We all do.  And you do so because you know that saying what’s true wouldn’t be welcome. We want to like the idea of being challenged, but we don’t want to be challenged. We want to welcome people to speak up… but not really.

The reality of the working world is that a whole lot of people are in roles that they shouldn’t be in.  Let me ask you this: have you ever seen a manager get fired for being a bad manager? I never have. I’ve never even heard of someone getting fired for lacking the required people skills to manage a team, or for not using the right management style for their team.  I’m sure we’ve all had to work for that awful micromanager at one point in our life – you know the one. We ALL know the one. Ever have to go to the doctor’s office to get a doctor’s note explaining that you pee a lot so that you won’t get written up for taking too many toilet breaks?  I have. And that’s just the tip of the iceberg of anecdotes I’ve collected over the years.

The reality of the working world is that everyone knows that it really comes down to politics but no one wants to admit it because admitting it would be depressing as all hell.  I commented to my partner the other day that the working world is a game and it’s not a game that I want to win. I don’t care for the game. Perhaps I’m old fashioned. Perhaps I believe in people more than I believe in my own desire to climb the corporate ladder.  But for once, I wish we’d just cut through the bullshit and admit it. I wish we’d all just say that yes, this is the way things are, and that no, we have no immediate plans to change it. We have no plans to properly evaluate managers and get rid of the bad ones, we have no plans to make good on flex time, we have no plans to give teams proper guidance or the right tools or whatever it is that teams actually need – like, perhaps, less meetings, not more.

As an artist in the working world, it’s created a real conflict to work among people who pretend.  In the arts, if you’re pretending, you’re the odd one out. You’re the anomaly. But, it’s so widely accepted in the white collar world that I find it astonishing that more people don’t crack on a daily basis.  Then again, I like to think that toxic work environments are the quiet public health crisis that no one is talking about. There’s a reason people are so sick, so tired and so miserable. Opioid addiction, broken marriages, consumerism – all of that, in my opinion, is just fallout from working in unhealthy work environments.  It is, after all, how most people spend their day. And, if they’re miserable all day (but having to pretend otherwise), that obviously puts a toll on their mental health. The solution sounds simple: get another job! But, different job, same problem. It’s a cultural problem that expands far beyond any one company.

I’ve never been good at pretending, and that’s a struggle.  Sometimes, I feel like I’m always on the verge of getting fired.  Screw me for believing that good theories could actually be put into practice, right?  It’s my view that employees who speak up are the most valuable because playing politics wastes time, and money, and it robs people of the resources they need to do their job well.  At least that’s what I’ve always believed. But the things we value often aren’t the things we should value. If profit were king, I think we’d value more efficiency and proper hiring and promoting practices.  But, profit isn’t king and people aren’t number one – something else is at play. And I haven’t quite put my finger on it yet. But I think it has to do with fear. I think that we’re scared to lose our jobs, to feel incompetent, to not be respected.  I think we fear insecurity and criticism. We fear change, even when it benefits us (and that’s mostly because we totally suck at communicating change). And, to be blunt, I don’t think we’re designed to work with a bunch of strangers and pretend to get along.

And whenever something is scary, we cover it up with something else.  Or we don’t talk about it. Work sucks. Sometimes, it just sucks. And I think that it’s totally ok to say so, in fact, it’s totally healthy to say so!  Work sucks because the entire system is terribly broken. It’s just how it is. And I have no idea how to fix it, and every time I think I know how, I don’t. Because there isn’t a solution, there are many solutions.  And they have to be implemented by willing participants. And oftentimes, it’s not even in our control. But, I do believe that you can still find a way to be among people who pretend by not having to pretend. You can integrate in groups without being like the group.  And what you might learn by doing so is that your group consists of individuals who are just like you, who are just as aware as you are that it’s all a game, and who, in their own way, aren’t pretending either.