What I learned from my visit to the Island. 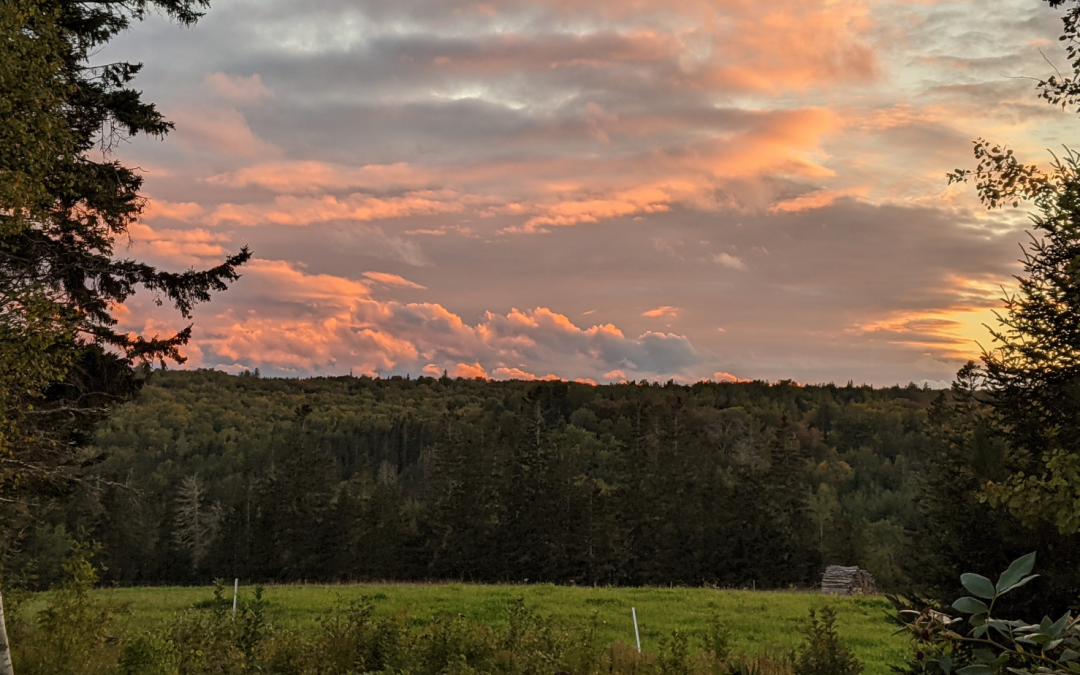 There has to be a word for what I’m feeling right now, a quasi-depressed state for having returned to the city after having spent over a week in the wilderness, near the ocean, on Prince Edward Island. Due to time constraints, we chose to fly there and back. Usually, I prefer slow travel because fast travel is always a mindfuck for me.

My fiance’s parents (yes, I got engaged while I was away!) moved to the Island as part of the “back to the landers” movement in the 60’s and 70’s. They were hippies who believed there was a better way to live, so they left the city for a life in nature. I spent my holiday in a beautiful house built by hand, by her father, and renovated, by hand, by her step-father. I ate vegetables from her Mom’s garden, and fish and seafood caught fresh from the sea. 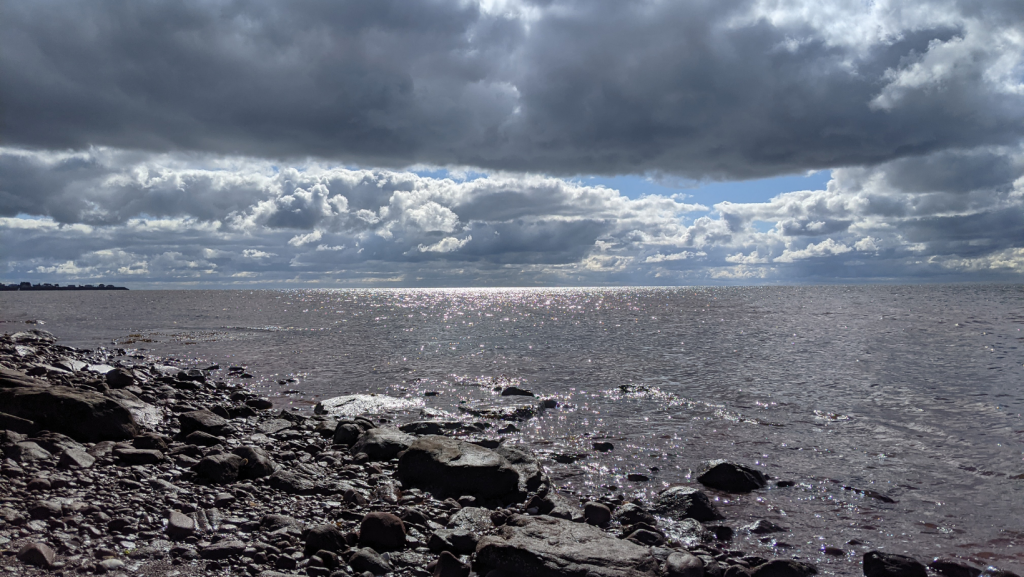 People always warn me about moving to a remote place. “The healthcare isn’t good there.” I would argue that healthcare as a whole includes access to fresh and local foods, a slower pace of life, and access to clean air. The first thing I remarked to my partner when I stepped foot on the ground in Charlottetown was that I could smell the salt in the air. It smelled good. (Upon my return to Ottawa, I commented the opposite – it smelled of piss, and exhaust.)

I woke up this morning to the sounds of a hammer banging on metal, from local construction. I opened the window and heard loud trucks hitting potholes, teenagers cackling, and someone yelling at someone else over something stupid. Do you know what I fell asleep to when I was away? Crickets. And when it rained, I heard the rain. Nothing but the rain.

This morning, I placed an order for Instacart because I really didn’t feel like being out and about. I need alone time. I ordered fruits, vegetables, and some meat. None of it local, except for maybe the cauliflower.

On the plane ride back to Ottawa, I was reading a Scientific American magazine. In it, there was an article about how GDP is a poor measure of a society’s well-being. It’s out of date, and it leaves out all sorts of measures, like inequality, but also all of the other things that make people healthy, and happy. There is one thing that technology will never be able to fix: the barrage of noise, violence, and pollution from overcrowding, poverty, and poorly planned urban developments.

When I was away, the only Internet access I had access to was a “high-speed” dial-up connection. It meant that I could only really access social media to upload a couple of photos a day. Everything was so slow that it made it unpleasant to wait to load pages. I couldn’t engage on social media, I could barely load webpages to catch up on the news. And while I was frustrated with this outcome, it took me just a day or two to forget about it. Why on Earth would I want to spend any time at all in the online world when the physical world around me has so much to offer? 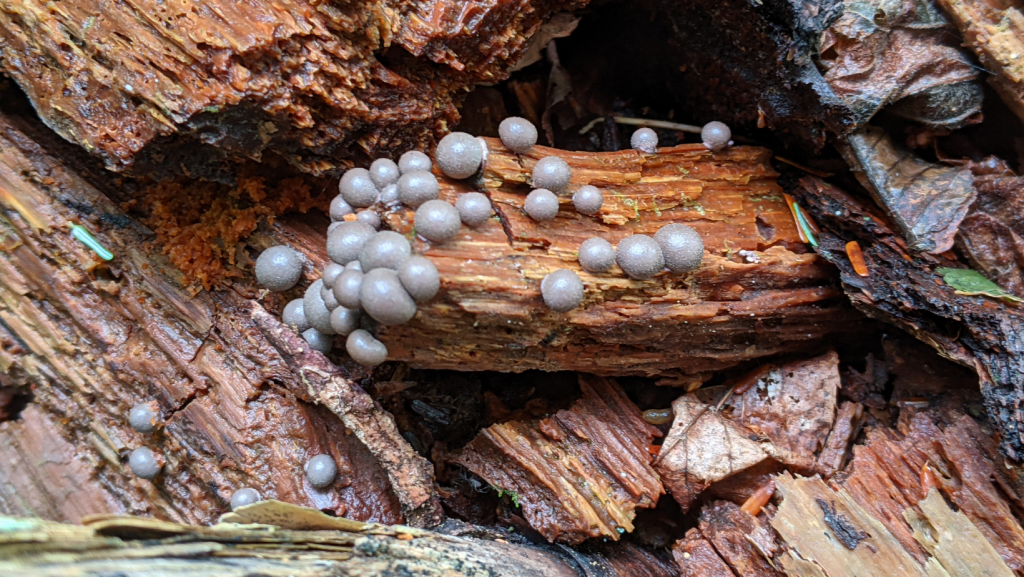 It makes me wonder why we don’t collectively turn things off, maybe once a week, so we can all become better patrons of this planet? I also found it wonderful how the small communities I visited are full of people who know each other, and who, in large groups, take good care of each other. The problem I’ve always had with the online world is how tragedies so far away always take precedence over the needs of local communities. So much time is spent fretting over the things that happen far away, that we have no reserves of energy left to nurture our neighbours. I believe in the butterfly effect – that we, as a whole, have to find ways to make life better for everyone. But, I think that too many people don’t realise how deeply hooked they are. All of the shiny new things that beep and glow in the dark aren’t going to save us from ourselves, until we learn how to temper our addiction to them.

There are an infinite amount of possibilities in life, and we have more agency in choosing our fate than we think. You can choose to be overly busy, and tired. You can choose to be bossy, or kind. You can choose to understand, and apologize, and let things go when they’re not a big deal. I heard someone refer to PEI as the “gentle island”. I think that descriptor is perfect, and I think that’s exactly what I want in life right now: gentleness. I want to take my time with the wonders of the world because time is a precious resource.

And in the cities, people tend to forget that, because there are a countless number of distractions, and stressors. Time moves faster. People move faster. Food is made faster. But, in a rural community, you’ve only got what you’ve got. Yourself, and nature, and other people who have chosen to live a similar life. The “back to the landers” might have had this one right. It takes a return to the land to understand, and appreciate, life again.

(If you’re curious: the photo below is a shark egg casing!) 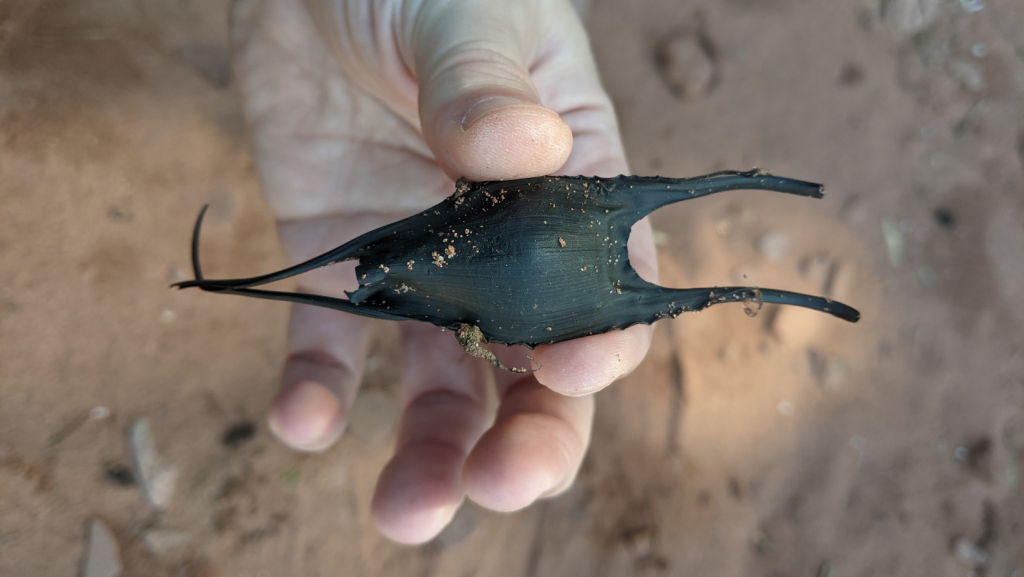